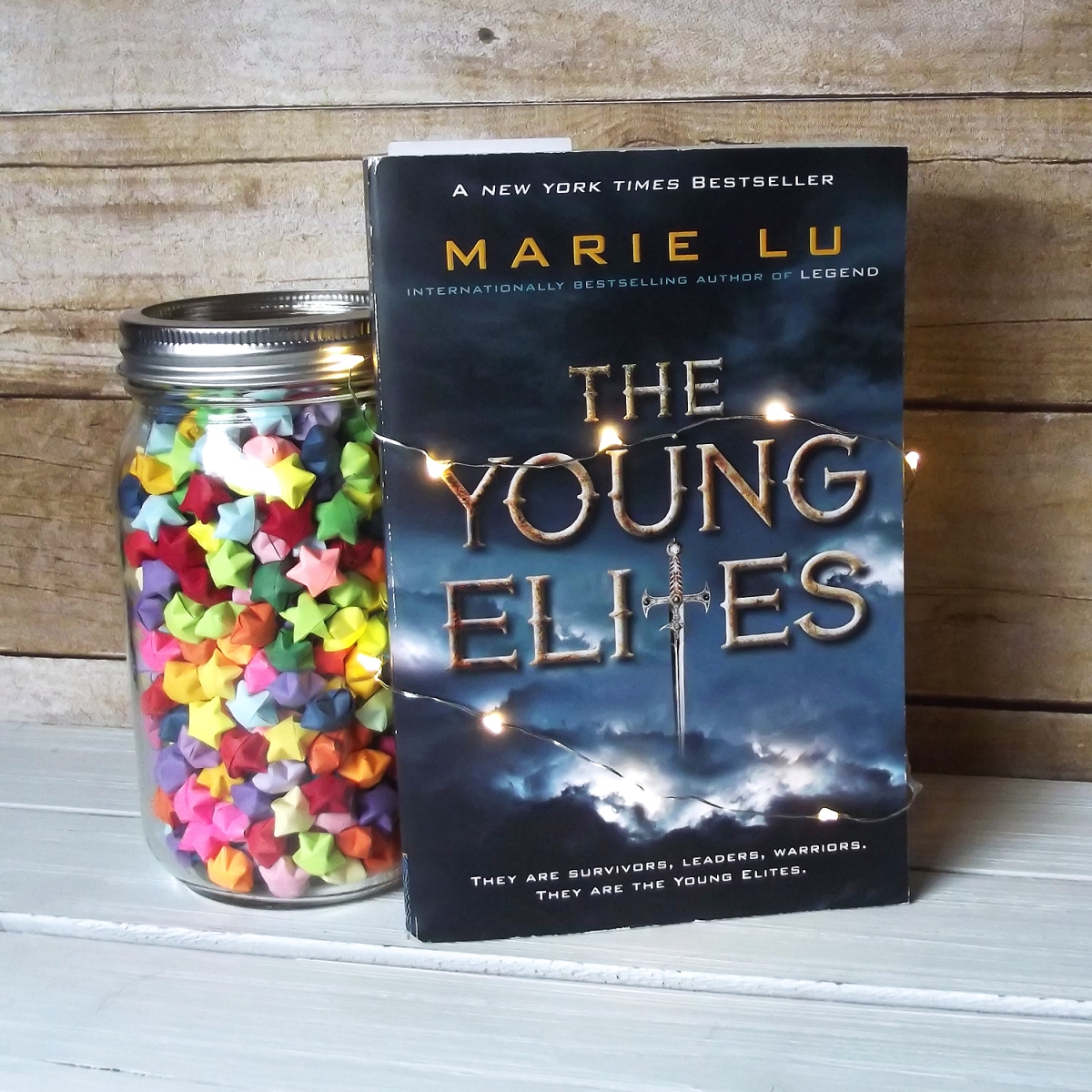 Synopsis: A decade ago, a fever swept the land killing adults and leaving children scarred and changed. Adelina is one of these malfetto, people looked down upon and discriminated against due to how the fever changed her. After escaping her cruel father, she discovers that she is one of the Young Elites, a malfetto who has powers because of the fever. She stumbles upon the Dagger Society, a group of Young Elites working to protect malfettos and change the prejudice against them.

It was my goal to read all of Marie Lu’s books because I really enjoyed the Warcross duology, but after reading and not loving the first book in the Legend trilogy, I was a little skeptical of her other series. For the most part, I did enjoy The Young Elites!

This book definitely went in a direction I wasn’t expecting. I had thought that it would be a typical early 2010’s young adult fantasy/dystopian book. I know that is pretty specific, but there were just so many books coming out at that time that had this kind of vibe. It definitely did have some elements found in similar books, but the thing that helps it stand out is the main character’s gray morality. I don’t personally think she is a villain, but she struggles between doing what is right and letting her powers overcome her.

I didn’t really form attachments to any of the characters, but I did think the story was interesting enough to keep me going. I couldn’t really predict where the plot was going, so it kept me on my toes. I also enjoyed seeing the different powers people had. I would have liked seeing even more of them!

I thought some elements were a bit overdone, like Adelina doing everything to help her sister and the group of rebels consisting of all teenagers. Though I will say, this book has the most believable reason as to why all the rebels are teenagers: anyone who had the fever over a certain age died from it, so the only people who are malfettos are teenagers. Malfettos are looked down upon and they are the only people who can have powers, so it makes sense why they could form a reasonable rebel group.

Thinking about this book now, I did enjoy it, but I am not sure if I will continue with the series. I already own The Rose Society (found it used for like a dollar), but this book feels a dime a dozen honestly. My overall “meh” feelings for this book come back to my young adult book burnout. If I had read this book maybe a year ago, I definitely think I would have enjoyed it more.

I keep all of my reviews spoiler free, but I will occasionally include a visibly marked spoilers section at the bottom of reviews.

I include these content warnings & more on my reviews.

💜💜💜 Had some issues, but had some redeemable qualities