The conclusion of the story of the Sun Queen and the Blood Queen.

The conclusion of the story of the Sun Queen and the Blood Queen.

Ah, where to even start with this book? I enjoyed the first two books in this series because they were exactly what I like about older-leaning YA fantasy: fun, sexy, dramatic, while still having tons of fantastical elements. This finale…didn’t really have those elements.

The plot of this book was extremely slow going. The first half (at least) was what felt like the same chapters over and over. The characters are going through some stuff, so I think it was done to show how dire their situations are, but it was just a slog.

One major gripe I have is about the POVs. In the first book, chapters are only from either Eliana or Rielle’s POVs because they are the main character. In the second book, other POVs were introduced and there were even more in this book. Normally, that is fine, but the side characters with the POVs ended being pretty much irrelevant to the plot. There are quite a few characters in this series and only a small handful ended up being relevant.

I feel like this whole world is built up and there’s lots of lore and layers and things to be explore, but it just felt a little wasted on this story.

I thought the ending made sense with the story, but there was an element to it that was just so unsatisfying. I can’t say too much without spoilers, but I feel very lukewarm about it.

I’m not sure if this book was particularly bad, or if it was me that changed. I started this series in 2018 and my reading taste has definitely evolved since then, but there were still elements of this book I would have found frustrating no matter what.

I’ve been putting off starting new series until I have caught up with other series that I’m reading, and 2020 happens to be that time! I’m only going to be listing series that have at least two books out. 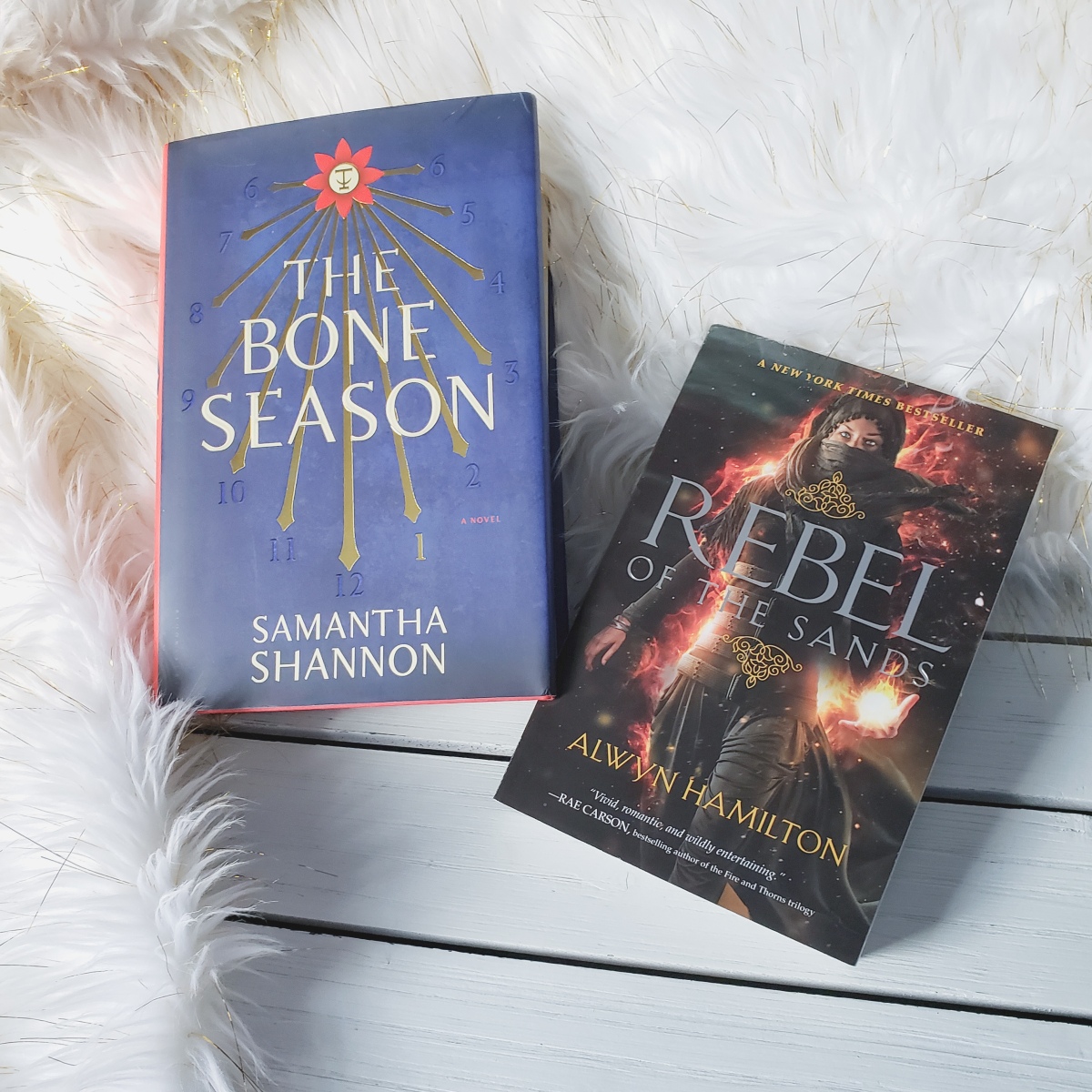 I’ve been putting off starting new series until I have caught up with other series that I’m reading, and 2020 happens to be that time! I’m only going to be listing series that have at least two books out.

After reading and loving The Priory of the Orange Tree last year, I decided I wanted to check out other works by Samantha Shannon! The three books in The Bone Season series are the only thing that she has written.

The Broken Earth Series by N.K. Jemisin (completed at 3 books)

I have heard such amazing things about this series! I always want to start getting into adult fantasy more, but most of my experience so far has been limited to Brandon Sanderson.

My best friend recommended this series to me and the more I look into it, the more intrigued I get. It seems that the books can be read in any order. I’m not sure if there are more books planned in this series.

The Lightbringer Series by Brent Weeks (completed at 5 books)

This is another adult fantasy series that I have heard great things about. I attempted to read Brent Weeks’ The Way of Shadows, but I could barely make it 10 pages. I have heard that this one is better though.

The Farseer Trilogy by Robin Hobb (completed at 3 books)

I have not heard a ton about what this series is actually about, but I’ve heard plenty of good things about it. I think it fits into a larger series, but for now, I just want to see if I enjoy this trilogy. Also, these covers have turned me off of reading this series, but I do want to read them.

This was another recommendation from my best friend! It seems right up my alley and I trust her judgement in books and her knowledge of what I like.

What series do you want to start this year?

I keep all of my reviews spoiler free, but I will occasionally include a visibly marked spoilers section at the bottom of reviews.

I include these content warnings & more on my reviews.

💜💜💜 Had some issues, but had some redeemable qualities